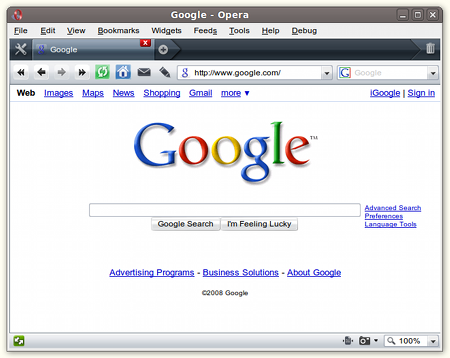 I’ve tired of manually pointing my browser at http://www.phys.ufl.edu/weather/ each time I want to check the conditions on campus, so I made a small widget to bring the campus weather report to my NetVibes home page:

I’ve been waiting for this since I was a kid: MacGyver is headed for the theater! And better yet, the show’s original creator, Lee David Zlotoff, has obtained the movie rights and will be in control of the film. This is going to be amazing.

I have to assume right off the bat that Richard Dean Anderson will be reprising the role of Angus MacGyver… just don’t skimp on the mullet, ok guys?

I finally tired of WordPress eating up memory on my humble VPS that I’d really rather have for my email server and other things, so I tossed it (along with its requisite overkill DBMS back-end, MySQL) out the window in favor of Movable Type static publishing, with the Lighttpd web server and SQLite at the back-end. It was easy enough to scrape together my own template set, and so far I haven’t looked back… for this sort of thing, Movable Type > WordPress by a long shot.

I’m having a bit of trouble importing the old WordPress entries, however. If you got here because you found an old post of mine on a search engine, sorry; if it is any consolation whatsoever, most of that stuff was crap.

After setting up my apartment’s OpenBSD based network, I decided it would be handy to have a simple report generator to describe active DHCPD leases. I also wanted to brush up on Perl a bit. This Perl script is the natural result of such circumstances.

Run dhcpd-report.pl to generate a plaintext or HTML report of current leases in the DHCPD lease database and reservations in dhcpd.conf. In my usage, I have the script set to run once every five minutes in a cron job, sending output to an HTML file in a web server document root. (On OpenBSD, httpd runs in a chroot jail; if I were to run this script as CGI it wouldn’t have direct access to the DHCPD configuration files.) Thus the script can be used to give you a reasonably up to date web page displaying your network’s DHCP clients.

By default, the program looks for dhcpd.leases and dhcpd.conf in /var/db/ and /etc/, respectively, which are these files’ locations in OpenBSD 4.1. If needed, you can change where the script looks for these files by modifying a pair of constants near the top of the main program.

dhcpd-report.pl requires the Date::Format and Date::Parse modules from CPAN. See the POD documentation* for more info.

*Sort of like an ATM machine or a PIN number…

I just found an excellent video mash-up of Carl Sagan’s narration of part of his book Pale Blue Dot, inspired by the famous Voyager 1 photograph of the Earth from halfway across our solar system: